Fast and scalable Windows Server Hosting without a contract. Full SSD and Intel Performance VPS’s, try it out yourself with our free trial. 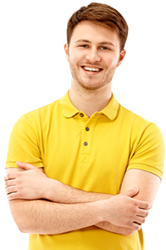 Cheap a Windows Server Trial for only $25,99 per month

Windows has long been one of the most trusted server providers amongst professionals across a variety of industries. Highly affordable and promising a quality service, Windows servers are set to stay a worldwide favourite for years to come. Renowned for their excellent updates and servicepacks, we offer windows servers 2012, 2016 and 2019 as they still boast high levels of reliability. Windows Server 2019 remains particularly well-equipped to function in the modern digital landscape. It's impressively responsive with a quick load time, but to remain a state of the art option. We'll be offering this updated version as soon as it's released, so you'll never have to worry about falling behind. We recommend getting acquainted with Server 2019.

To make everything easier for you, all our Windows servers are updated with the most recent servicepacks. This means all servers are ready to use with minimal configuration needed. Highly versatile, Windows servers can be easily adapted to be used for both application services and hosting. They're a popular choice for individuals looking for 24/7 uninterrupted uptime for a single application or function.

Practical Features of a Windows Server

All of our Windows server storage solutions use SSD VPS, which functions on a 3-way system. This means that you will always have access to any of your data, so that you can work when you need to, even in the rare instance that a drive has failed. You can access your data quickly through a secure connection thanks to our expert quality Intel E5 processors. Alongside a 40 Gbit Mellanox, you can rest assured that your data is instantly within your reach, no matter the day or time. Our security software is regularly updated so that any threats can be prevented from reaching your data. We regularly assess and re-evaluate our methods to ensure we're always functioning at the highest possible level.

Our handy control panel gives you easy access to all the settings your Windows Server has to offer. This makes the Windows VPS setup and later configuration a stress-free affair. No matter your prior knowledge, the intuitive design ensures everyone can adjust their server to their preferences without needing a lengthy handbook. It offers an extensive range of options, from changing your package and installing firewalls to creating a private network within your Windows server.

Whether you're traveling for work or relocating your business, our Windows servers will go with you. With thirteen different locations across the world, you can select the best one for you to ensure optimal latency and connectivity. When expanding your business to have a global reach, you can be sure your Windows server VM Host will work just as optimally abroad as it does at home.

Should you run into any complications, we offer chat support available 24 hours a day, 7 days a week. This provides you with the instant help you need, rather than waiting for e-mail or phone communications for your virtual private server. Our VPS Hosting experts are always ready to help, no matter the problem. Each one of our chat operators is professionally trained and equipped to deal with a wide range of technological issues. You will never be left waiting on hold and we'll always explain exactly what it is that might have gone wrong and what steps we're taking to fix it in real time.

What is Windows Server used for?

There are several benefits of windows server. These benefits have contributed to its increased popularity in recent years. However, there are several things you can use windows server for. Here is a list of the six most important uses among several others. Before delving further, we recommend you take note of the advantages, and check if they are available on your server package, before making a purchase.

In previous years, Linux OS run the PowerShell 4.0 software, which gave it an added advantage over Windows OS. However, since windows servers 2012 R2 was initiated, users can configure their system to its preferred state. Hence, developers solved the challenge associated with monitoring system updates. Now, users can gladly distribute various roles and features on windows servers.

A work folder is another use that many people operate on Dropbox. Meanwhile, corporate servers face the challenges of not having a folder to save work updates. Hence, Microsoft added the feature to Windows 2012 version. Amazingly, updated version of the windows server can also perform this role. Are you afraid of losing your business or organization's vital information? A window server is a right option for you.

Data deduplication is another interesting function of Windows server. However, you cannot deduplicate, while your virtual machine is running. Moreover, data deduplication helps you to sort out double data and clean up unnecessary space. With this, you can create space for more activities, such as uploading files, updating the system and application.

Generally, windows server is more expensive than its competitor, Linux OS. However, since windows OS is more secured and do not run on community operations, users are required to purchase a license fee before installation. Therefore, you get the value for your money with Windows OS. Moreover, since the initiation of windows server 2019, users have enjoyed maximum security than ever. Windows Defender Advanced Threat Protection, shortened as ATP, is a developed technology that provides hefty security and protects windows servers against threats.

Since the innovation of windows server 2019, users could enjoy a desktop-like setup, using the graphical interface. However, server core provided a headless version of desktop windows. Server core allows you to operate the headless version like a desktop setup, except for the absence of a graphical interface. Although some administrators avoided using server core because of its difficulty to interact with various servers, this limitation subsided in recent years. Therefore, many users can now operate server core effectively, since the Windows Admin Center was initiated.

How Many Types of Windows Servers Are There?

Many people often ask how many types of windows servers are available. Meanwhile, Microsoft has created countless windows OS in time past. Hence, this article covers the most prominent versions. Since the internet revolution in the 1980s, various Windows servers were developed to meet users' and websites' needs. Although, windows OS running on personal computer users can download updated versions on different devices including, Smartphone, PCs, and commercial purposes. However, this guide explains the types of windows operating system based on windows system and server.

Furthermore, there are common 14 windows servers mostly employed by users.  Below is a list of windows servers type arranged from the oldest version to the updated version:

Also, your windows system should support the type of windows server you install. To avoid technical errors, you can contact your service provider for the right windows server. Also, research showed that Microsoft didn't create Windows 9, since Windows 95 and 98 already existed. However, Windows 9 was excluded not to confuse users while searching for the available windows version.

Where Can I Find Windows Server 2020?

Do you ask yourself unclear questions about windows servers, such as where can I find windows server 2020. This article right here answers your question. Truthfully, many services providing companies are yet to implement this updated windows server version. Microsoft launched it on May 2020. Interestingly, it was released after Windows 2019 but includes Windows 10 features (the last and current type of window system). Moreover, Windows Server 2020 is rarely found among users, as particular features are locked. However, you can contact us to find Windows server 2020 and other windows updates.

What Is Windows Server and How Is It Different From Windows?

On a windows server, users can run up to 24TB of RAM and 64 CPU sockets, while windows only allow users to install a minimum of 2TB of RAM and 2 CPU sockets. Although many users barely go beyond 32GB of RAM, the difference also allows users to run as much RAM and CPU as wanted. More so, business growth is sometimes massive, which may require a voluminous amount of resources. Hence, windows servers allow you to scale up fast. Also, a powerful server can operate several machines at the same time.

Windows server enables more managerial function than windows system. With this access, you can install enterprise software to carry out the following functions:

However, the above roles are best managed when they are diversified and operated across multiple servers. Meanwhile, the availability of codebase permits users to run the above-mentioned functions on normal windows.

Security settings: Windows server has more restrictive securities than windows system. As supposed, the windows server is more difficult to keep on track, when exposed to any threats or external issues. Moreover, you can't install or managed applications on a Windows server, including Linux OS, Microsoft Store, and Microsoft Edge.

Cost: Compared with the windows system, the windows server is on the higher priced level, since it has a limited version. Although it has enough versions and types for business owners. Moreover, many windows server providing companies provide different packages upon the first contact. Wherein, you will need to pay a license fee, known as Client Access Licenses (CALs), depending on the expected number of guests to visit your server.

In conclusion, we have a well-skilled and experienced team of server's managers, who will deploy your windows server in a few minutes. We are accessible, permitting users to reach us when in doubt about how and where to use the windows server. Windows operating system performs various workloads, providing added advantages to its users. Hence, you should get your business or website on board by owning a windows VPS server.