Installing Git and Setting Up Automatic Deployment on Ubuntu

Last week 822 customers started with us!

Installing Git and Setting Up Automatic Deployment on Ubuntu 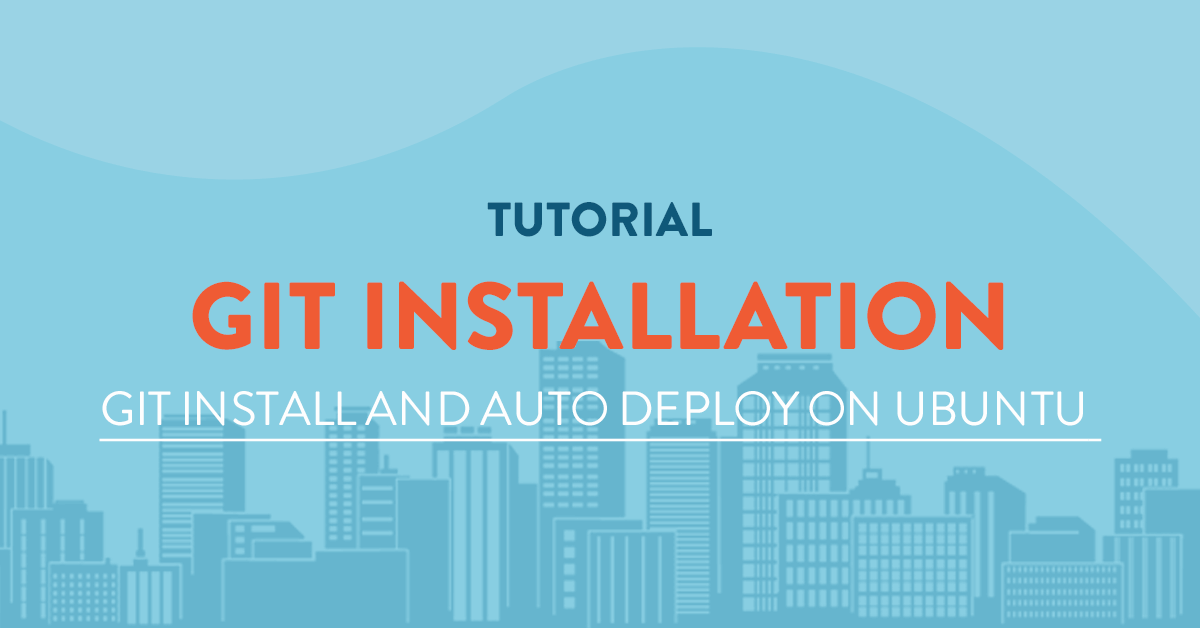 By far, the most widely used modern version control system in the world today is Git. Git is a mature, actively maintained open source project originally developed in 2005 by Linus Torvalds, the famous creator of the Linux operating system kernel. A staggering number of software projects rely on Git for version control, including commercial projects as well as open source. Developers who have worked with Git are well represented in the pool of available software development talent and it works well on a wide range of operating systems and IDEs (Integrated Development Environments).

The raw performance characteristics of Git are very strong when compared to many alternatives. Committing new changes, branching, merging and comparing past versions are all optimized for performance. The algorithms implemented inside Git take advantage of deep knowledge about common attributes of real source code file trees, how they are usually modified over time and what the access patterns are.

By far the easiest way to install Git is by apt, though the version you might get may not be the latest it may be a faster alternative for the other sytle of installation if you want to set-up Git as quickly as possible.

You will just have to update your package and install Git afterwards.

Installing Git from source requires downloading the latest source code of Git then compiling to create an installer. Before you begin, you need to install the software that git depends on. This is all available in the default repositories, so we can update our local package index and then install the packages:

Afterwards you can download the latest Git version you want going to the git project's page on Github[1].

Click on Branch: master then go to tags and click on the version you want to install.

Lets go back to your Ubuntu Server. Download the file using wget.

Unzip the downloaded file and move inside the directory.

Make the package and install by by the commands.

Now that Git is installed we can now configure it for our use.

We will still need to make some changes so our commit messages will contain our information. We can do it through the command git config.

We will need to provide a name and an email address, we can do this by running the commands below:

We can see our configuration by typing.

type the following from the command line:

In our Git repository we type:

You can see a list of folders after executing the command.

We will go to folder hooks.

When you execute this command, you will have a blank line indicating that everything you type will be saved to this file. So let's type:

When youa re finished typing press Control + D to save. To execute the file we set the proper permission and make it as an executable.

Now we will create our local repository, type the command below to exit.

and create your repository:

To configure the remote path of our repository we type.

To add a ready work to our Git repo we do.

Going Live From the Server

When its time to go live from beta you push it on the server.

Thats it! Your server is now set to automatically deploy!