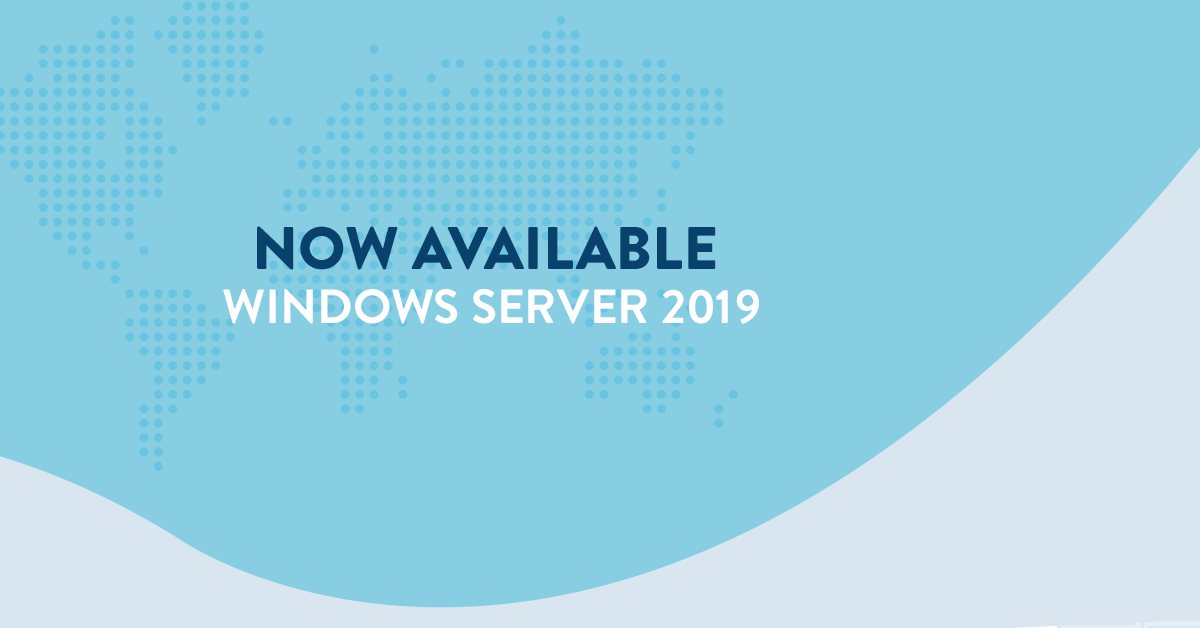 For some time, Windows Server 2016 has been a leading hosting template. Therefore, it is difficult to imagine that this exciting product is now behind us. Although Windows Server 2016 has many excellent features, customers have consistently been looking for a template with up-to-date and improved elements to host their sites. As a responsible hosting company, we have listened to our customers, and we are pleased to be able to offer Windows Server 2019. Built on the firm foundation of Windows Server 2016, you will benefit from the following features if you choose to upgrade:

Security continues to be a matter of concern for all server customers. The cases of cyber-security attacks continue to grow, and their impact is intensifying quickly. A study by Microsoft indicates that on average, attackers take between 24 and 48 hours to penetrate an environment after infecting the first machine. Attackers can also stay in the infected environment for up to three months without being detected. To secure customers against attackers, Windows Server 2019 includes features that protect, recognise, and respond to security threats.

On the protection front, the template contains Shielded VMs, which protect virtue machines from malicious administrators. Additionally, VMConnect has been extended to boost the troubleshooting of Shielded VMs for Windows Server and Linux.

The move to the cloud requires a hybrid approach: one that incorporates both cloud environments and on-premises working. A hybrid approach allows for apps running on-premises to exploit the recent innovations in the cloud, such as IoT and artificial intelligence. Alongside the release of Windows Server 2019, the Project Honolulu server management tool will also officially launch. With this tool, all customers will be able to easily integrate VPS services, such as disaster recovery and File Sync without disrupting their infrastructure and applications. Earlier adopters of Project Honolulu have reported the simplicity in managing common tasks, such as the management of Windows services, performance monitoring (PerfMon), and server configuration. This makes it significantly easier for users to manage a range of servers in their environment.

Organisations are quickly downsizing the footprint of their IT operations and eradicating overloaded servers with smaller and swift containers. Since the introduction of containers in Windows Server 2016, we have witnessed a surge in the rate of its adoption. So far, millions of container images have been downloaded from the Docker Hub, as thinner container images substantially enhance the experience of developers who use containers to upgrade their existing applications. With Windows Server 2019, the objective is to minimise the server core base container image to a third of its present size. Consequently, it will be significantly easier for users to download images, further boosting development time and performance.

There will also be more choices available when it comes to the orchestration of Windows Server container deployments. In Windows Server 2019, there's further enhancements to storage, computing, and networking elements of the kubernetes cluster. The complexity of navigating environments with Linux and Windows deployments is a constant complaint among developers. This issue was formerly addressed by configuring Windows Subsystem on Linux (WSL) into insider builds for Windows Server 2016 so that users could run Linux containers simultaneously with Windows containers. Similarly, in Windows Server 2019, WSL has been enhanced further, allowing Linux users to bring their scripts to Windows without difficulty.

In recent times, HCI has emerged as one of the trending innovations in the server industry. According to a survey by IDC, the HIC market grew by 64 per cent in 2016, and it is slated to become a $5 billion market by 2019. This surging trend is due to the HIC’s ability to allow users to run their computing and storage needs at the same time. Microsoft collaborated with leading hardware developers to provide a robust yet affordable HCI solution with a super design. In Windows Server 2019, users benefit from a solution that adds scale, performance, and reliability. Besides, there's the added capability to manage HCI deployments in Project Honolulu, to make management and other activities much simpler.

If you're intrigued by Windows Server 2019, you'll want to know how much it will cost to purchase. However, you don't have to worry about high fees because pricing for this new VPS hosting template will be the same as Windows Server 2016.