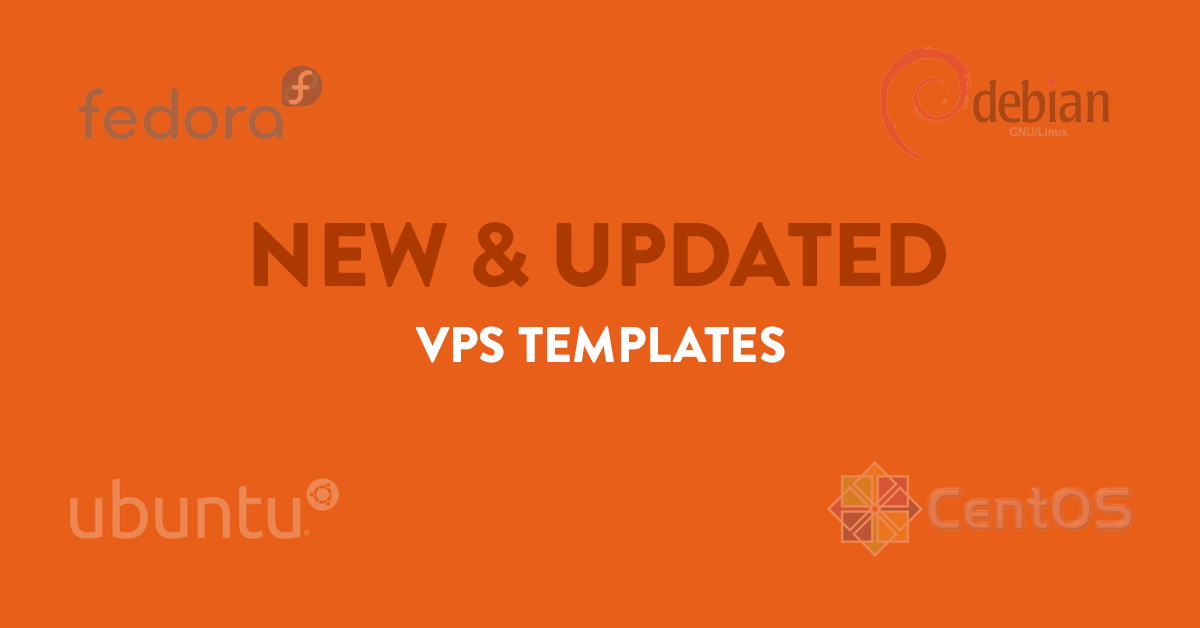 We've just launched our updated VPS templates, including those from Debian VPS, CentOS VPS, Fedora and Ubuntu. Read on to find out more:

CentOS 7.4 offers various new packages, including python-netifaces, python-gssapi, mod_auth_openidc, Qt5 and pidgin. Open SSL now supports DTLS and ALPN, and SSH1-support has been removed from the SSH-server. There has been a number of enhancements and changes to the cryptographic abilities of various packages i.e. OpenSSH is now using SHA2 for public key signatures and ECDHE is now supported by sendmail.

Debian 8.8 brings corrections to a number of packages and various security issues discovered since the release of 8.7. This update is not a new version of Debian 8 (code name ‘Jessie’), but instead contains more than 150 security updates and bug fixes.

After nearly 26 months in development, Debian released its new stable 9 version (code name ‘Stretch’) in June. With the release of ‘Stretch’, Firefox and Thunderbird return to Debian and replace the de-branded Iceweasel and Icedove. 9.0 will be supported for the next 5 years and the source packages can build bit-for-bit identical binary packages. This verification feature protects users from damaging attempts to alter build networks and compilers.

Ubuntu 17.04 will be supported until January 2018 and ppc64el support continues as previously. The powerpc port is not included in the 17.04 release, but the default DNS resolver is now systemd-resolved. Rather than a swap partition, a swap file will be used for fresh installs. Swap files use no more than 5% of free disk space, which is just one of the great benefits of 17.04. It’s important to note that Ubuntu’s core app set has also been updated and dusted down with this update.

Contact our team of experts today to find out more about these updates or to enquire about our 3-way server replication and worldwide VPS locations.